Since 2008, Food First has been supporting farmer-led restoration of critical pollinator habitat in central Mexico.[1. CS Fund provided support to Food First to assist RICDA in the Pollinator Project from 2008 to 2013.] With rising concern over the collapse of honeybee populations linked to chemicals used in industrial agriculture, integrated grassroots efforts that link sustainable agriculture, conservation and farmer livelihoods are urgently needed.

This project is an initiative of RICDA—The Indigenous Farmers Agroecology Network of Mexico. Indigenous Nahuatl and Totonaco farmers from the Sierra Norte of Puebla have allied with small farmers in the Central Mexican states of Guerrero and Tlaxcala to conserve soil, water and biodiversity as they restore pollinators to hundreds of acres of smallholder farmland. They work with nature—and with each other. There are good reasons why.

Mesoamerica is the genetic birthplace of corn, squash and many bean varieties, as well as home to millions of indigenous farmers who for centuries have depended on the resiliency of their local agroecosystems.

Mesoamerica is the genetic birthplace of corn, squash and many bean varieties, as well as home to millions of smallholder and indigenous farmers who for centuries have depended on the resiliency of their local agroecosystems to cope with drought, floods and pests. Today, the expansion of mining, industrial agriculture and unfair competition from free trade agreements are putting environmental and economic pressure on smallholder farming systems, exacerbating poverty in the countryside and leading to record levels of out-migration. 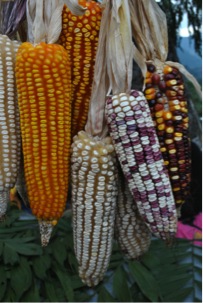 The spread of industrial agriculture in particular results in low and uneven flowering on fruit trees and vegetable crops, caused by a decline in bees and natural pollinators such as bats, butterflies, birds, native bees, ants and other insects. The widespread use of insecticides including the neonicotinoids linked to bee colony collapse in the US is commonplace in Mexico. The loss of natural pollinators not only lowers crop yields for farmers, it also degrades the ecosystems that provide habitat for beneficial insects and other fauna. All of this weakens the resilience of agroecosystems and ultimately raises the cost of food and reduces the range of foods available, increasing the risk of malnutrition in the countryside.

Over the last 35 years, as part of the Campesino a Campesino movement, Mexican farmers have used small-scale experimentation and popular education methods to spread effective sustainable farming practices from farmer to farmer. Every year, as part of this broad-based movement, RICDA holds dozens of farmer-to-farmer agroecology workshops in Puebla, Tlaxcala and Guerrero. Local farmers work together in teams to implement new practices on their lands. They are living examples of the potential of agroecological resilience. 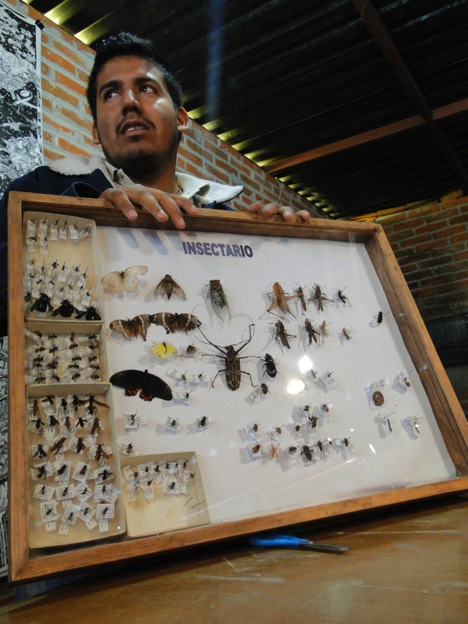 Farmer-promoters (promotores) give workshops and classes in their local grammar schools and high schools. Students classify local pollinators and their associated plants, and mount them glass-case displays. They learn conservation and restoration practices and implement them on a small scale on their families’ farms where they hold field visits. As their parents and other villagers follow the progress of the experiments, everyone learns and shares knowledge about agroecosystems, climate resilience, pollinator restoration, and soil and water conservation. Workshops in the classroom and in the field engage participants in both theory and practice, encouraging them to test practices first, before adopting them. This not only helps to adapt the practices to local conditions, it builds the methodology of experimentation into the learning process so that farmers can address future agroecological challenges.

Additionally, the farmers of RICDA published their own online manual and short educational videos for pollinator restoration and broadcast their own weekly radio program to spread their message of agroecology. They’ve held numerous agroecology conferences—lively, well attended gatherings of farmers, technicians and consumers that include formal presentations, music, popular theater, workshops, discussions, markets for organic farm products, and field visits.

For RICDA, conserving pollinators is part and parcel of a larger campaign for peasant livelihoods based on agroecology, indigenous knowledge and food sovereignty: the democratic control over their food system.

This year, over 150 farming families will improve their yields, strengthen ecosystem resiliency and restore pollinator habitat on more than 300 acres of farmland. Using the time-tested Campesino a Campesino methodology, they’ll also share their knowledge with more than 400 other farmers in nearby villages. The Farmer-to-Farmer Pollinator Restoration Project is the latest development in a decades-long struggle for farmer-led sustainable agriculture in Mesoamerica. 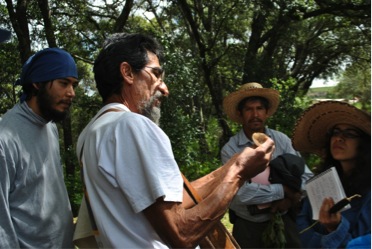 For RICDA, conserving natural pollinators is part and parcel of a larger campaign for peasant livelihoods based on agroecology, indigenous knowledge and food sovereignty: the democratic control over their food system. Aware of the importance of building alliances, RICDA organizes in the tianguis (farmers markets), giving workshops, informational materials and selling “pollinator friendly” products to a growing base of loyal consumers. RICDA members are active in the “Sin Maiz no Hay Pais” (Without Corn there is no Country) campaign and coordinate with the international peasant federation Vía Campesina to lobby for agrarian reforms that protect smallholders and native seeds.

Looking forward, RICDA has plans for a direct marketing association, village scale non-GMO tortilla factories and other local businesses that tap into the stream of agricultural products and environmental services flowing from restored farms and watersheds.

Blog: “What Does it Take to Attract Pollinators” by Eric Holt-Giménez