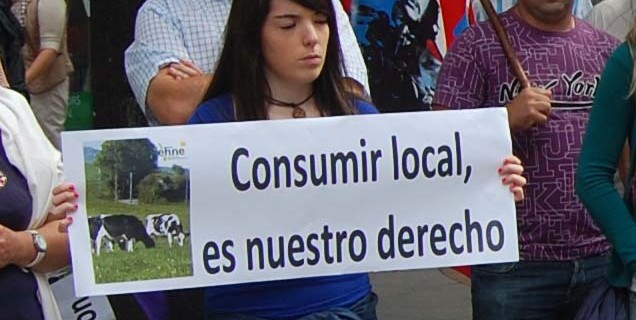 The New Year saw renewed food riots in India and Africa, and record levels of hunger here in the US. This year also saw transformation in the food movement, with new power and national recognition. The food movement has successfully shone the spotlight on hunger and food access in the US, created a drive for more local food, and gotten better policy from the federal to the local level. The question now is: how do we turn these initial reforms into lasting, food system transformation? How do we know the food movement is a force for transformative change, rather than a passing fad, a collection of weak reforms, or isolated local efforts? To know this, we need a moment of reflection on how the food system is structured historically, politically and economically. We need to build alliances to take on the root of our failing food system.

The current food crisis reflects the environmental vulnerability, social inequity, and economic volatility of the corporate food regime. Absent profound changes we will continue to experience… ever graver crises.

One way to imagine the food system is as a “regime.” A food regime is a “rule-governed structure of production and consumption of food on a world scale.” The first global food regime spanned the late 1800s through the Great Depression and linked food imports from Southern and American colonies to European industrial expansion. The second food regime reversed the flow of food from the Northern to the Southern Hemisphere to fuel Cold War industrialization in the Third World. Today’s corporate food regime is characterized by the monopoly market power and mega-profits of agrifood corporations, globalized meat production, and growing links between food and fuel. Virtually all the world’s food systems are tied into today’s corporate food regime. This regime is controlled by a far-flung agrifood industrial complex, made up of huge monopolies like Monsanto, ADM, Cargill and Walmart. Together, these corporations are powerful enough to dominate the governments and the multilateral organizations that make and enforce the regime’s rules for trade, labor, property and technology. This political-economic partnership is supported by both public and private institutions like the World Bank and International Monetary Fund, the World Food Program, USAID, the USDA and big philanthropy.