The following interview was originally published at Oaklandside. It has been republished here with permission.

Oakland resident Natalie Baszile’s first book, the novel Queen Sugar, was a huge hit. The story of a young Black woman in Los Angeles who inherits a sugar cane farm in rural Louisiana was not only critically acclaimed, it was also made into a five-season television series with none other than Oprah Winfrey serving as executive producer. Baszile says that at its heart, the novel is “a declaration that Black land matters.”

In her new book, We Are Each Other’s Harvest: Celebrating African American Farmers, Land, and Legacy, Baszile approaches the topic of Black farmers again, but from a non-fiction angle. The book features a collection of Baszile’s interviews with Black farmers, alongside photographic portraits of them; poetry and excerpts from literature; and essays by historians, activists and Baszile herself.

We Are Each Other’s Harvest both reveals the struggle that Black farmers have faced against systemic racism but also celebrates their successes and their tenacity.

“This country was built on the free labor of enslaved people who carried their agriculture expertise with them when they arrived on America’s colonial shores,” writes Baszile in the foreword to her new book. “Black people’s labor and knowledge of agriculture built this country. Farming is part of our national identity; it is central to America’s origin story. We Are Each Other’s Harvest is my attempt to elevate Black and brown farmers’ voices and stories; to celebrate their resilience, ingenuity, and creativity.”

We were able to talk with Baszile recently to find out more about her story, her new book and the ties that Black and brown people have to the land.

You grew up in Los Angeles; what is your connection to Oakland?

I went to UC Berkeley as an undergrad, so I have the East Bay in my heart. My husband and I moved to Oakland about four years ago because our younger daughter went off to college and we were empty nesters. I had never lived in Oakland before but heard great things about how eclectic it was and vibrant and we wanted to try it out.

A friend suggested West Oakland because it was a neighborhood with a rich history. West Oakland reminds me of New Orleans: It has a quirky vibe, people are friendly and neighborly, and that’s been fun.

Do you cultivate your land in Oakland?

Where we live, we don’t have a lot of space for a garden, unfortunately. But I do have a potted garden; I am growing some of the collard greens that my mother grows, from seeds that she harvested when my dad passed way. And my dad got these collard green seeds from an older Black man somewhere in Louisiana. We used to joke they were Jack and the Beanstalktype beans because they grow huge treelike collard greens.

Why did you follow up a novel with nonfiction?

It really was twofold: First, the questions and the themes that I was exploring in Queen Sugar — issues around land ownership and the history of Black farming and the history of Black people connected to agriculture — were things had explored in the novel, but there was part of me that always felt like, what are the real people doing? There was always this sense that there was more of a story to be told.

Because I’m not a historian, I knew that me sitting down to write a big historical document was not realistic and would take me forever. Although I love history, it’s not my thing. I had to do what was interesting to me; I had to think about the mediums of storytelling that are interesting to me — art, poetry, literature — so I wandered down that path. 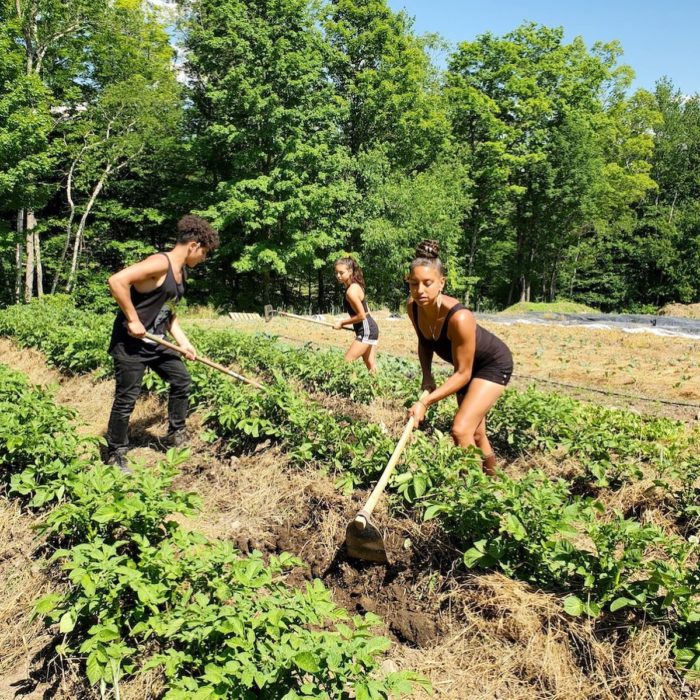 How did you find the farmers you interviewed?

Through two means. First, when I was in New Orleans [researching Queen Sugar], I met a gentleman, a Black guy from North Carolina named Darrell Tennie. He knew a lot of Black farmers because they were his clients. He’s an accountant and he had made it his personal mission to help Black farmers get their financial documents in order. Darrell was going around across the South helping Black farmers do that when I met him. So he and I and my photographer traveled around and he made the introductions.

The other way was on Instagram. Once I started going down the rabbit hole of Black farmers and Black farming, I found all of these amazing people. The first person I found was Leah Penniman of Soul Fire Farm. And so that’s the way I met a lot of the farmers in the book, especially the young farmers. And you meet one and one would introduce me to the next.

What do you think readers will find in the book that they don’t expect?

How many of the Black farmers you interviewed were legacy farmers versus new to farming?

I would say it was 60% legacy farmers [those whose families have farmed the land for generations] and about 40% new farmers.

The legacy farmers tended to be more traditional, growing commodity crops like soy beans, cotton and corn, many farming 1,000-3,000 acres, part of which they owned, part leased. A lot of those people, especially the older ones, shared stories of real hardship. I heard stories about really being discriminated against at the hands of the USDA (US Department of Agriculture). I would hear things about their father’s or grandparent’s or even their own loans being denied or their applications being delayed. Just some really dastardly practices that had been deployed strategically against them.

Then, there were the usually smaller farms [run by generally young Black farmers new to agriculture]. And they were approaching this whole idea of farming through social justice and had a real sense of activism. Many are using ancestral, indigenous, sustainable and regenerative farming practices [like Three Sisters farming and cover crops].

Can you tell me a little about the USDA’s historically discriminatory practices?

The USDA was created to educate farmers about the latest developments in farming and to support farmers by providing loans and assistance. But most times the local offices were run by white people who really used those federal funds as their own personal pocketbooks and would decide whose loans were approved and not approved, who got their money on time and who didn’t.

When Black farmers would go to their local USDA office to apply for a loan, they often weren’t given the information they needed, or they were required to come back two, three, four times; often their applications were lost or destroyed. Or, if they were accepted, loans were delayed so long in the processing that the farmers didn’t get the money they needed in time to buy their seeds for the next harvest season. And that kind of delay contributed to running these farmers out of business. 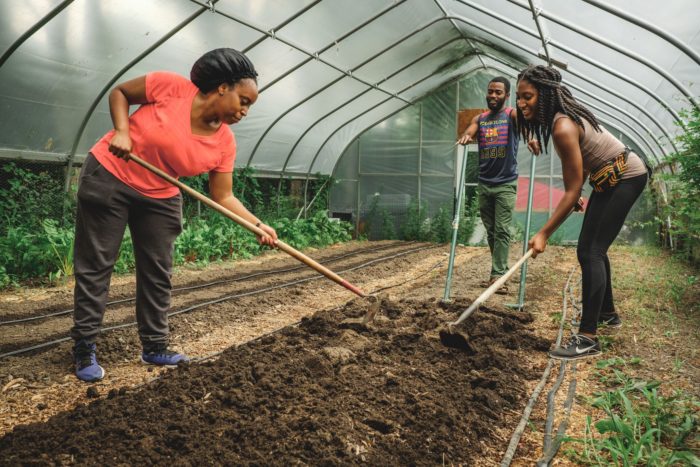 Two class-action lawsuits stretching from the late 1990s till the 2010s, called the Pigford Cases, led to the USDA acknowledging these discriminatory practices. The USDA has paid out $2.3 billion to Black farmers as part of the settlement of both cases.

Now, the Biden administration has set aside an additional $5 billion for Black farmers and will include debt relief for Black farmers who are still hanging on, but also includes education, low-interest loans, and more.

Can you tell me a little about the Gwendolyn Brooks quote that is at the front of the book and from which you took your book title?

When I was thinking about a title for the book, I really wanted something that captured that sense of history, community, legacy and that really spoke to the feeling that I had about this rich history of Black people on American soil. And I thought this captures my personal feeling, my personal experience of Blackness and Black people and Black history. It captures the sense of moving forward together and taking care of each other. 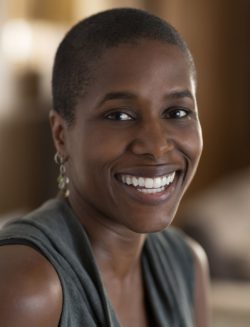 Natalie Baszille’s Bio: Natalie has a M.A. in Afro-American Studies from UCLA, and is a graduate of Warren Wilson College’s MFA Program for Writers. Queen Sugar was named one of the San Francisco Chronicles’ Best Books of 2014, and nominated for an NAACP Image Award. Natalie has had residencies at the Ragdale Foundation, Virginia Center for the Arts, Hedgebrook, and the Djerassi Resident Arts Program where she received the SFFILM and the Bonnie Rattner Fellowships. Her non-fiction work has appeared in Lenny Letter, The Bitter Southerner, O, The Oprah Magazine, The Rumpus.net and a number of anthologies. For two years, she was Writer in Residence at Saint Mary’s College where she taught a fiction workshop in the MFA Program. Natalie is a member of the San Francisco Writers’ Grotto and lives in the Bay Area.