Food First, along with many other food and farm justice organizations, protest the unjust issuance of a Temporary Restraining Order on June 10, 2021 preventing the U.S. Department of Agriculture (USDA) from implementing a section of the American Rescue Plan Act that would provide debt relief for Black and other socially disadvantaged farmers struggling to pay off portions of their loans. Food First stands with Black, Hispanic, Indigenous, Asian, and Pacific Islander farmers.

This restraining order is an undemocratic action attempting to undermine the authority and mandate of both Congress and the USDA to provide for the urgent needs of socially disadvantaged producers. Many small and BIPOC farmers, particularly Black farmers, have been unable to benefit from the previous federal aid packages passed by Congress due to biased and discriminatory practices which the funding in the American Rescue Plan seeks to begin addressing. Delaying this critical relief will only further inflict harm on these struggling farmers, their families, their communities and the American food system overall.

In many instances, Black and other socially disadvantaged farmers serve as a vital link in providing nutritious food to communities that are consistently ignored and underserved by the mainstream American food industry. When BIPOC farmers are at risk, there is a ripple effect that is felt in socially disadvantaged communities all over America. Not only does the judge’s restraining order put Black and other socially disadvantaged farmers at risk but it also has the real potential to adversely impact the food security and well-being of millions who are already underserved and left out of the mainstream US food system.

The portion of the American Rescue Plan under threat reflects a small, but significant step in the right direction in providing justice to farmers who have long suffered from the United States’ systemic and institutional racism. Many of these farmers found themselves in even worse economic conditions due to both the pandemic and decades of racial discrimination by the USDA.

We both demand the restraining order be lifted immediately and support the USDA in protecting this critical relief aid for struggling farmers of color to ensure that we remain on the path towards justice and equity for all farmers including BIPOC farmers!

The American Rescue Plan passed by Democrats in March 2020 was a welcome reversal of the decades of bipartisan, neoliberal austerity policies. That working and poor families were given money to ride out the pandemic and
survive economically was no insignificant feat, helping undoubtedly to curb poverty and rising hunger in the United States. But it is important to remember that these injections of money into people’s pockets are only temporary, while also leaving unchanged the structural imbalances of political and economic power that undergird poverty and hunger.

We have already seen the limitations of stimulus spending making it to some of the poorest and desperate people. We have also seen potential, sea-changing reforms come up against entrenched, powerful interests like low-wage industries and the extremely wealthy. Perhaps half of the poorest families who do not file taxes will miss out on
tax credits that were said to potentially cut child poverty in half. In states controlled by the GOP, federal unemployment benefits will be cut off in order to force workers back into low-paying, dangerous jobs. Low-wage industries, especially the powerful corporate food sector, have successfully used their influence and power to help prevent a $15 minimum wage from being passed. The Protecting the Right to Organize Act (PRO Act), which would be the most significant pro-union reform in decades, and would make organizing a union that can bargain for higher wages easier, remains stalled. Undoubtedly, the anti-democratic nature of the US Senate is making it incredibly difficult to pass these reforms, but blame also must be laid at the hands of certain Democrats unwilling to bypass the filibuster in order to pass legislation with a simple majority.

David Bacon has published a stunning photo essay with Food First, sharing the stories of Filipino fisherfolk working in the Bohol sea.

Fishing is an integral part of the nation’s social and cultural fabric, and remains the number one source of protein for people in the island nation. In the Philippines, where there are over 7,600 islands, more than a million Filipinos make their living from fishing, and until recently, also farmed the land as well. 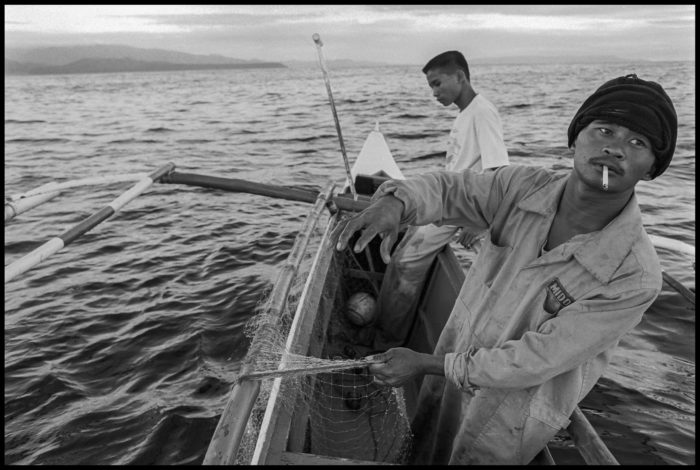 But as David’s piece reveals, fishing for a living is becoming incredibly difficult. Many of the bigger fish swim in ecologically protected waters to evade the fisherfolk, leaving only the smallest fish available to catch. But the biggest issues facing small fisherfolk like those portrayed in the essay has been the expansion of fish commercialization in
the Philippines.

Ever since its ratification of the international Law of the Sea Treaty in 1978, the Philippine government has had to commercialize its water and open it up to industrial fishing in order to maintain its jurisdiction over its seas. The commercialization led to substantial foreign investment, creating much larger fishing operations, causing the fish stock to plummet. The decrease in large fish drove the government to respond by creating no-fish zones. But small fisherfolk and their interests suffered greatly due to these measures. Their old fishing grounds were walled off, making it challenging to compete economically with the well-financed, larger fishing operations. Now, the only way to make a decent catch is for smaller fisherfolk to go much further out to sea, making their part-time farming no longer possible due to lack of time.

This story reflects how small fisherfolk, like small farmers across the world, are living more precariously in the face of increasing commercialization and marketization which favor much more economically and politically powerful corporate operations.

For months now, a coalition of organizations called the Food Justice Coalition have campaigned against the University of Florida’s food service contract with the company, Aramark. Campaigners both from Florida and nationally have been working to pressure the University to sever its contract with the company due to the company’s use of prison labor, as well as its notoriety for violating labor laws and paying low wages. The University has a chance to renew or cancel the contract with Aramark in the next year, and discussion over possible requirements for the future contract are underway. Concurrently, the Food Justice Coalition has attempted to use protests, boycotts, occupations, and lobbying to ensure a fairer food service contract for the future. At the end of May 2021, Food First supported a week-long campaign with social media messaging to demand the University of Florida end this unjust contract with Aramark. 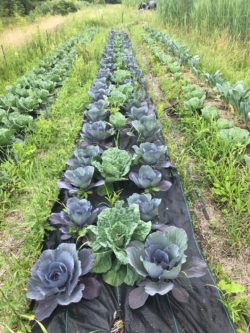 In the summer of 2020, the National Family Farm Coalition, RAFI-USA, Farm Aid, and a number of our allies supported the Relief for America’s Small Farmers Act (RASFA), an important policy that would support small-scale farmers and ranchers through these challenging times. Due to the advocacy of so many farmers, advocates, and allies, the bill has gained significant support both inside and outside of Congress.

While there has been significant governmental support for agriculture during the pandemic, small farmers have received very little federal support. Many small farmers who have been reeling from decades of corporate concentrations of the food system and unfair pricing for their agricultural goods are still feeling the shocks of the COVID-19 pandemic.

Farm bankruptcies are at their highest in the last eight years, and net farm income has dropped by nearly half since 2013. Farmers have an overall debt of $425 billion, according to USDA’s Economic Research Service. Not only has this led to an average of 12,000 farmers per year leaving farming between the years of 2011 and 2018, but it is also causing significant mental strain and is playing role in the increase in farmer suicides.

The RASFA Bill would provide direct relief in the form of debt forgiveness up to $250,000 to struggling small farmers. Around 20% of beginning and disadvantaged small farmers would be eligible for the relief support, while also allowing for farmers who have been forced to miss growing seasons over the past five years to be eligible as well. While this legislation is only temporary and will by no means solve many of the problems facing small farmers, this one-time debt-relief payment will help ease their struggles and potentially get them back on their feet.

Food First supports the RAFSA and will continue to share news on its progress in the coming months.

Taking a Look at Food Sovereignty in the USA

At its core, food sovereignty is about the democratic control over food and agricultural systems. It is about resisting corporate domination of a food system that treats profits more importantly than people’s needs. But food sovereignty does take on different meanings, forms, and practices based on history, context, and geographical area.

The US Food Sovereignty Alliance (USFSA) is a coalition, co-founded by Food First, that seeks to strengthen solidarity and cooperation among working class people, peasants, and Indigenous communities fighting to democratize society, scale agroecology, and re-localize food systems.

The Narrative Strategy Collective of the USFSA recently released Food Sovereignty Stories, a film series documenting the many faces of food sovereignty across the United States. With footage mostly recorded in October 2018 during the IV National Assembly of the USFSA, the series depicts stories of initiatives, actions, and worldviews, spanning from small and medium-scale farmers, farmworkers, food chain workers, fisherfolk, hunter-gatherers, grassroots organizations, and other non-profit organizations.